What does your typical hiring process look like? If you start by looking at resumes and then invite or call some candidates for an interview, you might have a problem. These hiring practices are very common, but they can easily lead you to hire the wrong people or miss great candidates.

Measuring the Effectiveness of Hiring Methods

Why Are These Methods So Ineffective?

Note that age, interests, education level, and job experience are all things that candidates typically put (or somehow indicate) on resumes. This makes resumes themselves useless, given the amount of information contained in them has almost no value in determining the quality of a candidate.

Age is an especially poor criteria since it has a negative correlation with job performance. Nevermind that companies discriminating (legally and otherwise) against candidates because they are either too young or too old are completely wrong in doing so.

Interests are likewise irrelevant when it comes to job performance. By definition, you’re hiring someone because of their job skills, not personal hobbies. So why bother asking about interests when they don’t make any difference?

Education, too, has a low correlation with job performance. But how can that be? Surely a degree from a prestigious university would prove that the candidate knows something, right? I’m not saying that it doesn’t, but we’re looking at job performance, not job knowledge. Think about it this way: Medical doctors all have very high levels of education, but not all doctors are equally good at their jobs. Indeed, in every domain, you have high, average, and low performers — even if all of them have the same number of years at school. 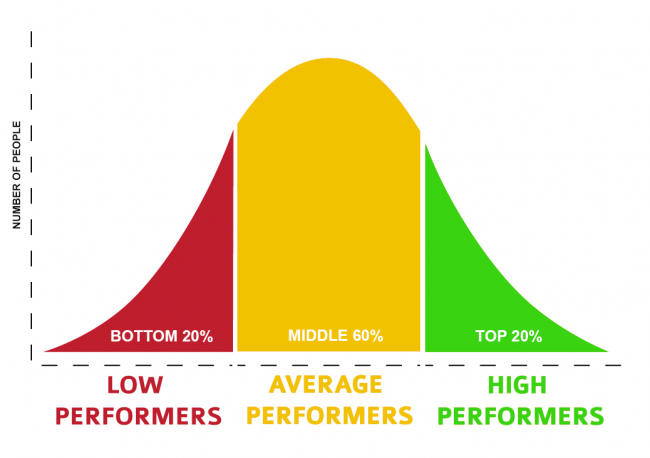 Job experience is similar. You may find people with similar job experience, but that doesn’t mean they’re all equally good at their jobs.

Reference checks are not too bad when it comes to validity, but they rely on previous employers being willing to share information about a candidate. This may not always be easy or possible, and it’s also illegal in some countries.

The most commonly used personality test is the Myers-Briggs Type Indicator (MBTI), but studies have shown that MBTI doesn’t work. It’s not even reliable, because 50% of people get a different result on repeated testing. Another popular personality test is DiSC. However, there is no evidence that DiSC accurately measures personality, and even DiSCprofile.com states that it’s “not recommended for pre-employment screening.”

One personality test that does have some psychological accuracy is the Big Five, which measures extraversion, agreeableness, openness, conscientiousness, and neuroticism. But in the context of hiring, only conscientiousness has shown to have any relevant correlation with job performance.

Interviews. Not terrible, but not great either. Most are unstructured, meaning there is no fixed set of questions and both the candidate and the interviewer are free to take the conversation in any direction. This may feel pleasant in some cases, but it doesn’t help to find the right candidate.

Job trials are pretty good. However, they are costly and time-consuming, since they require hiring the candidate for a probationary period. So while they are accurate, they’re not very effective due to the effort required.

Fortunately, there are hiring methods that have a high enough predictive validity to be very useful and accurately predict job performance to some degree. Also, they’re not too costly or time-consuming, making them very efficient.

Structured interviews are a type of interview where the questions are carefully chosen in advance, and scoring criteria are set for each expected answer. You ask all candidates the same questions, in the same order, and then rate the answers. This allows you to compare candidates objectively and transparently.

GMA tests, also known as cognitive ability tests, measure a candidate’s ability to solve generic problems. They’re also often called reasoning tests and can measure logical, abstract, verbal, numerical, or other types of reasoning. These tests don’t guarantee that a candidate has the required skills for the job, but they show that the candidate can learn quickly and improve, even if they require additional training. That is, they indicate how a candidate could perform in the role, assuming they have the skills needed. In addition, their validity ranges from 0.39 for low complexity jobs to 0.56 for high complexity jobs — meaning their predictive validity is more accurate the more complex the job is.

Work-sample tests. To test if a candidate will be good at work – give them a sample of the actual work to do. It’s a simple idea, but a very effective one.

Although these last three methods have the highest predictive validity, remember that the maximum range of predictive validity is 1. So high validity methods are extremely useful, but none of them are good enough on their own. To get the best results, you need to combine multiple methods.

The highest-validity methods are not only accurate but also effective as they don’t require too much time. GMA and work-sample tests can take from 30 minutes to about two hours, depending on your needs and how the tests are set up. A structured interview might take an hour or two. So using all three methods takes at most several hours and gives you a lot of accurate information about a candidate.

Compare that to the time it takes to hire a candidate using the traditional hiring process: resume screening, unstructured interviews, personality tests, etc. All take as much, or more, time as using high-validity methods. But unlike high-validity methods, the information they give isn’t nearly as useful or accurate.

In short, the most common hiring practices are very ineffective. Structured interviews, cognitive ability tests, and work-sample tests are five times more accurate. Combine them to ensure that you hire the right people and never miss great candidates.