In the Internet age, four years is a long, long time. So many things have happened since we released TestDome in February 2014, that I have a hard time believing our baby is only four years old. For curious minds, I will tell how it came to be and what the first version looked like.

TestDome was an idea of Mario Zivic and me, as we complained to each other about current services for screening applicants. Here is a part of our team in 2013 (we also had two remote developers): 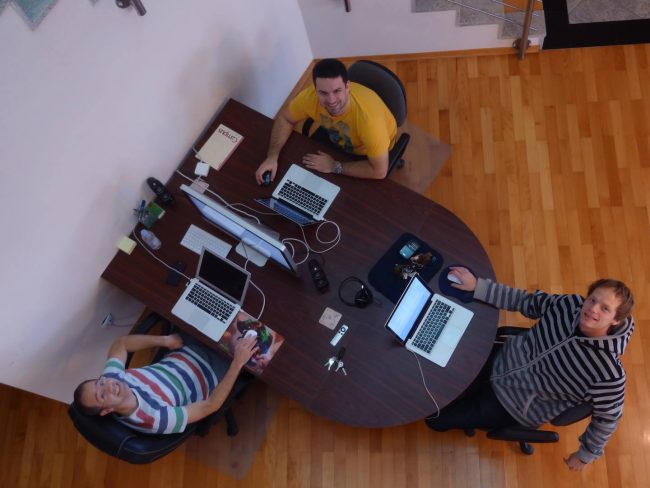 After eight months of hard work, we had something, but not much to show. Therefore we wanted a very simple design, and the designer’s first idea was a minimalistic dark mode: 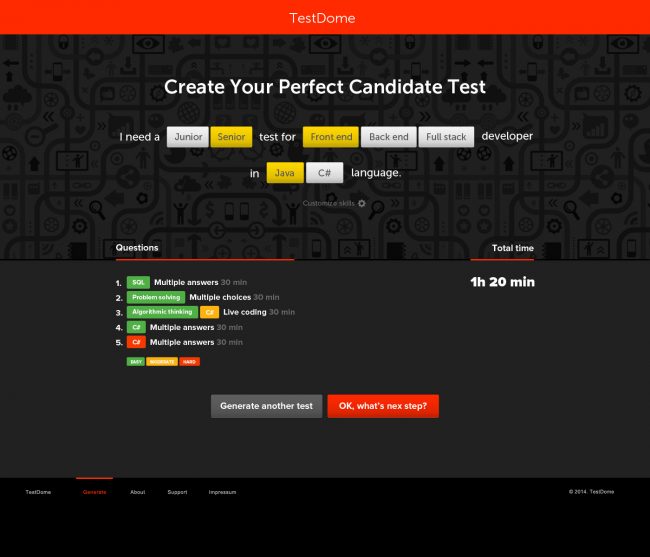 Interesting, isn’t it? Designer’s rationale was that we cater mostly to programmers and they like dark modes in their editors (Sublime, VSCode, emacs, vim). However, from the first day we planned to expand beyond programming tests and we felt that dark mode is a bit too geeky for an average business person. Based on our feedback, he created a second version that is still the basis of our design: 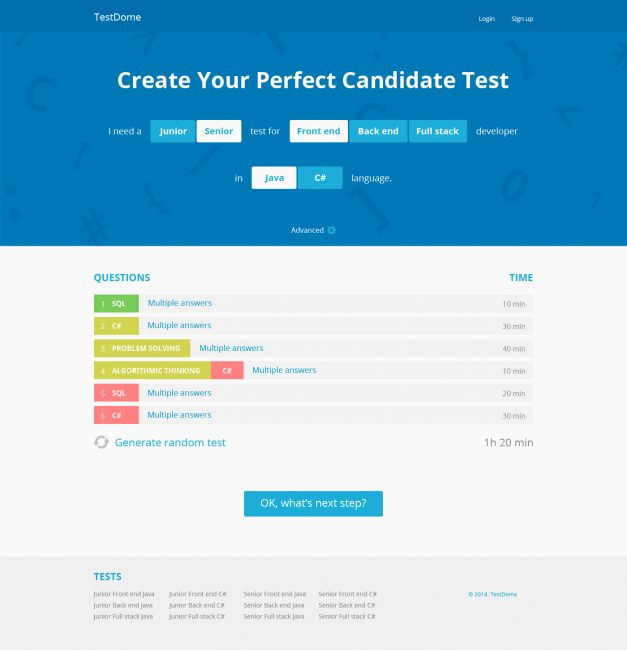 We really liked that design. Notice how we didn’t even have a logo—as Lean Startup practitioners we wanted to get customer feedback even when we didn’t have all the details ready. But we had put a lot of effort in creating an interface which would allow creating usable tests in the least number of clicks. Website visitors would only need to select a difficulty, stack, language and voila—a test was created for them. We developed a random test generator which would search our database of questions and try to create she shortest test that satisfies the given parameters. In the next step, the visitor would leave an email and their account would be created with that single test.

We would follow up with the users if they did not invite any candidates to the tests after 14 days. Since everybody receives so many follow-up emails these days, we wanted ours to be at least funny. We liked how MailChimp has a really funny interface. Our follow-up email was thus written from the perspective of a lonely test: 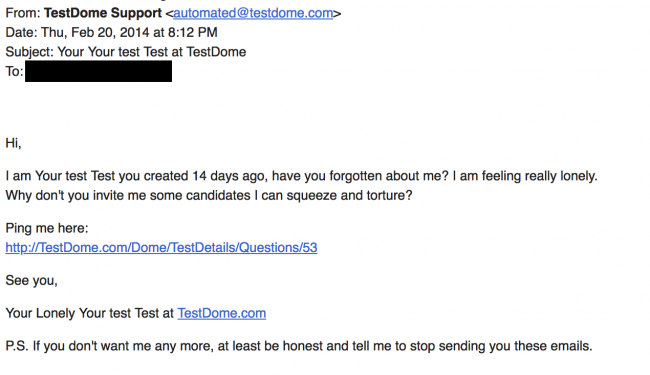 We, and some of our early customers, found that email hilarious. Some others have not.

However, after some time, business pushes you to become more serious. We removed funny emails. We added much more content to our website, so a wizard style-interface was not so fitting. We realized that most of our customers don’t trust the automated test generator and want to choose questions themselves from a list of available questions. We added both manual test creation and an advanced version of the test generator: 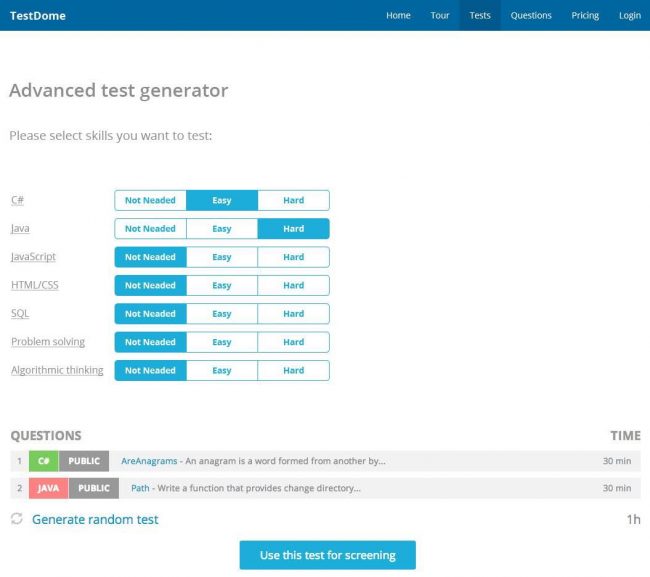 Still, Google Analytics showed that was a very lonely page, so we retired it two years after launch. Sometimes you think a feature is great, but your customers don’t think so. Guess who is right?

Four years later, our situation is completely different. We have 35 skill domains we can assess, including non-programming domains like Accounting or Customer Service. We have more than 2,200 happy customers, including companies like PayPal and ABB. We have plenty of features, including API and integration with applicant-tracking systems. We just released a book. We have remote employees working from Canada to Australia, all screened using our testing platform.

In a world where 95% of startups fail, this is a great outcome. Today we are a business, not a startup. And we have big plans for the next four years 🙂