How Cognitive Ability Tests Can Improve Your Hiring Process

But before we get into what cognitive abilities are and how to test them, we need to be clear about what they are not. Cognitive ability is not personality. In general, you shouldn’t use personality tests for hiring. One popular personality test with some scientific backing is the Big Five. Still, only one of its traits (conscientiousness) has any correlation with job performance.

A common misconception is that you can test cognitive ability with brainteasers, such as “How many golf balls can fit in a school bus?” or “Why are manhole covers round?”. You shouldn’t use such questions because they fail to have any correlation with job performance. Big tech companies like Google were famous for using such brain teasers in job interviews, but less famously, they stopped using them after they realized they were useless.

What Are Cognitive Ability Tests?

Cognitive ability tests don’t guarantee that a candidate has the required skills for the job. They show that the candidate can learn quickly and improve, even if they require additional training. Most importantly, they indicate how a candidate could perform in the role, assuming they have the skills needed.

Of course, you still want to know if candidates have the skills you’re looking for, which is why cognitive ability tests are just one step of the hiring process. They are most valuable when combined with other high-validity screening methods.

How To Use Cognitive Ability Tests?

The most effective way to use cognitive ability tests in your hiring process is to make it one of the first things candidates do when applying for the job. Testing candidates early on in the hiring process saves time and eliminates unsuitable candidates from the start. That way, you don’t have to spend time interviewing dozens of candidates only to reject most of them.

A cognitive ability test should be relatively short (10 – 30 minutes), as candidates don’t like taking long tests, especially not as soon as they apply for a job. But a short test of basic skills or cognitive abilities (or both) is relatively common in many industries.

Logical reasoning is the ability to make valid conclusions from given statements while avoiding the traps of logical fallacies that can lead to mistakes.

You can try answering this question here. It’s not hard, but it does require some thought as it can easily lead you to the wrong conclusion.

Abstract reasoning is the ability to think laterally and recognize patterns. It’s closely related to fluid intelligence – the ability to solve new and unfamiliar problems independent of any prior knowledge or experience. 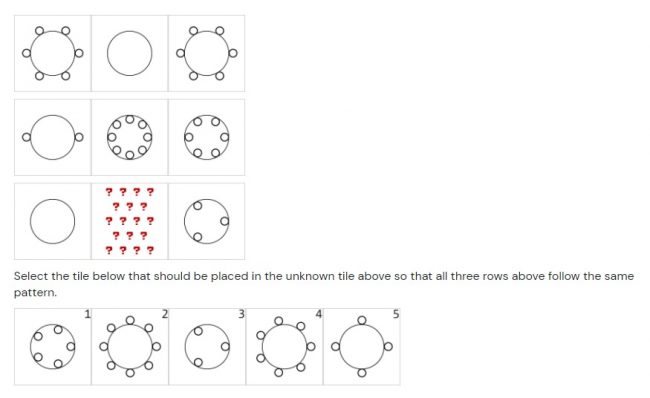 You can try solving this problem here. It requires being able to spot a pattern and see which of the suggested answers fits. 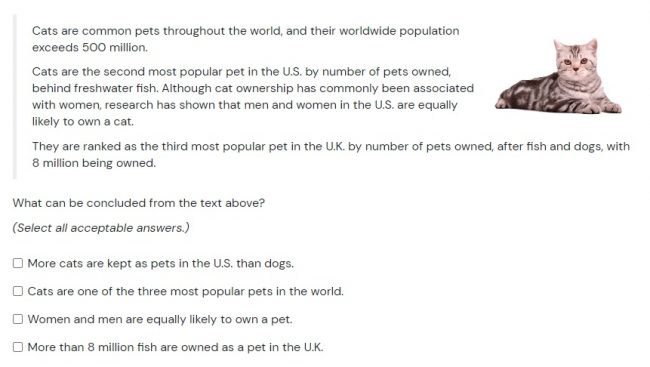 You can try answering this question here. This question tests the ability to understand text and extract information and implications from it.

Numerical reasoning, sometimes referred to as ‘data interpretation,’ is the ability to quickly read numerical information, such as numbers, tables, and charts, and understand the relationships between them. 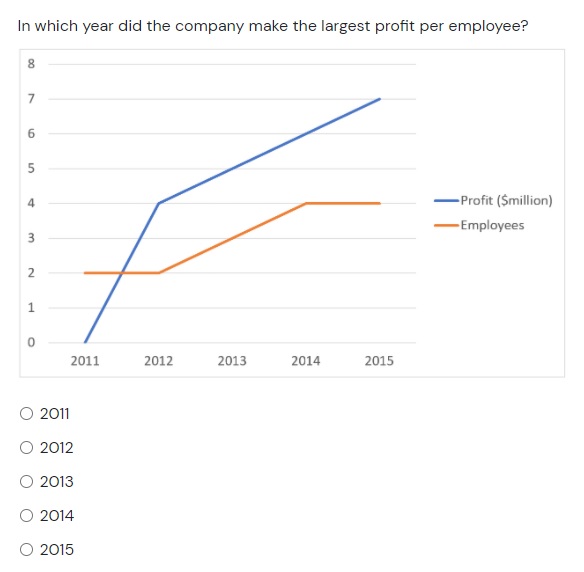 You can try answering this question here. Understanding charts and graphs is often needed for many types of jobs.

Cognitive ability tests are one of the most effective tools you can use in your hiring process. They are relatively short and easy to administer. You can combine them with other hiring methods that are demonstrably accurate to improve your hiring process significantly. Want to know more? Read Evidence-Based Hiring, it’s free (there’s no catch, just a free e-book).